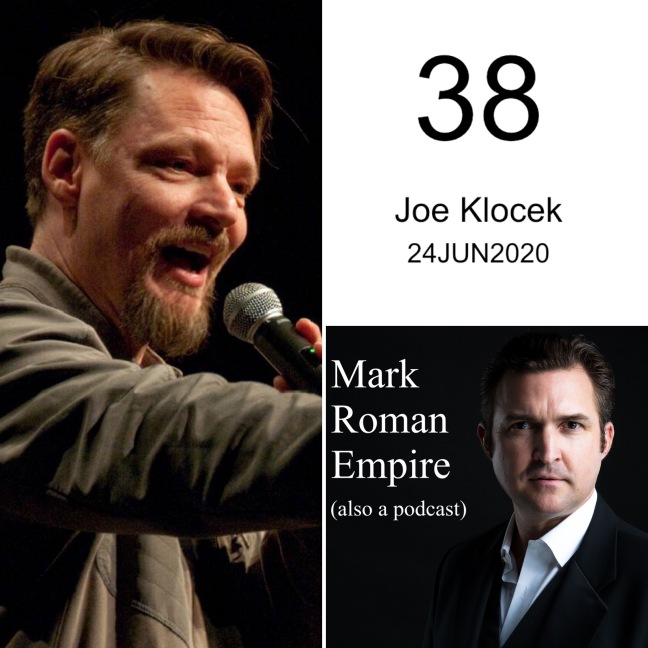 A stand-up comic based in San Francisco, Joe Klocek also works with the homeless and addicted in the Tenderloin. He once spent 3 months in Shanghai as an artist in residency at a comedy club. Joe’s a guy in recovery, working on being a good guy and a tolerable Zoom comedian. SF Best Stand-up Comic winner in 2011, Joe you’ve seen/heard on Comedy Central’s “Live at Gotham”, NBC’s “Last Comic Standing”, NPR’s “Snap Judgement” and the PBS local documentary “The Bridge So Far”.

BOOK Lt. Frank to roast your dad, colleagues or friends on Cameo

READ Mark’s article on Medium: “Heroteer for Venka, Artists (& Me)”

Cards for Heroteers #15 WINNERS picked by … the hands that once doubled for Nicolas Cage:

JOIN the Census to keep up with Mark Roman Empire!

This site uses Akismet to reduce spam. Learn how your comment data is processed.