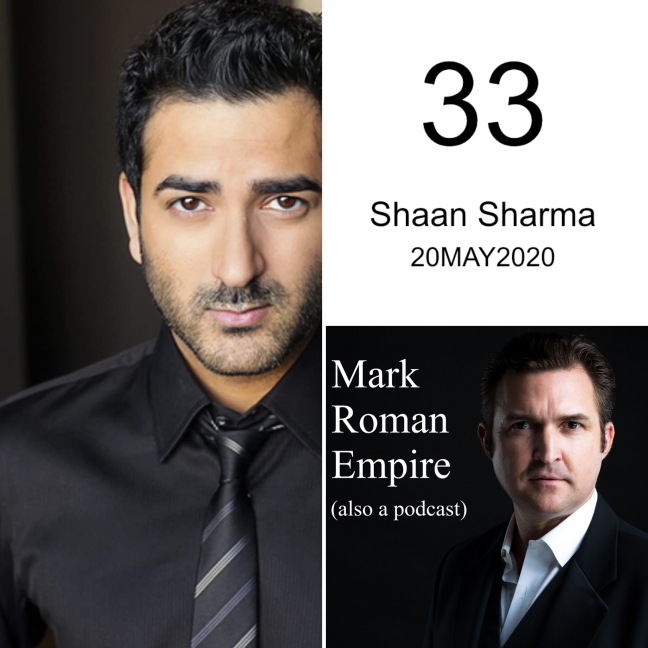 Shaan Sharma is an actor, educator, union leader, technologist, and musician. You’ve seen Shaan in “Grey’s Anatomy”, “Scandal”, “NCIS” and “The Mindy Project”. Shaan plays Shmuel in the new indie streaming series “The Chosen”, first season out now. Mark was a student in one of Shaan’s commercial acting classes at the actor’s union HQ on Wilshire. A SAG-AFTRA Los Angeles Local Board Member, Shaan has been known to pen a manifesto. Or three. Mark has questions. Shaan has meticulously researched answers. If you’re a screen actor, do not miss this conversation. Mark checks in with his son in another “Connor Caveat”.

BOOK Lt. Frank to roast your friends on Cameo

READ Mark’s article on Medium: “Heroteer for Venka, Artists (& Me)”

Cards for Heroteers #11 WINNERS picked by … the hands that once doubled for Nicolas Cage:

JOIN the Census to become a Citizen of Mark Roman Empire.

This site uses Akismet to reduce spam. Learn how your comment data is processed.